We see drones often at sporting, concert, and community events, however, there are many ways they are being trialed and used that are far less familiar, particularly in supply chain management.

Drone manufacturer Airobotics describes drones as having a “limitless aerial perspective” with endless applications in mining, oil & gas, agriculture, and other large industrial facilities. Amazon (and others) trialing last-mile deliveries has been pretty well-publicized, but what other applications in supply chain management have been explored for drones?

In warehouses, drones are used for accelerating inventory counting, optimizing paths around a warehouse when pulling inventory, and for improving worker safety. Scanning inventory, particularly on high shelves, is much faster with a drone scanning RFIDs/Barcodes. And it is much safer as it eliminates the need for workers to scale industrial shelving.

Walmart is testing drones for use in inventory tracking. Early indications are that their drones can conduct a full warehouse inventory check in a single day - a task that usually takes an entire month.

In our current climate of same-day deliveries, inventory management optimization is a strong asset. Warehouse drones can streamline inventory tasks, particularly when their system is integrated with a warehouse’s ERP system.

Drones are being used in surveillance to perform facility and warehouse safety inspections. They are also used to inspect cargo ships as they are easier and faster to maneuver than workers, particularly on the outside of the hull. Corrosion and damage can more readily be identified and fixed - with drones themselves at times used to carry out repairs.

Drones are also being used to inspect railways, which cuts down on operational interruptions and increases safety. According to the American Rail Engineers Corp, there is the additional benefit of allowing inspection of rail bridges when they are under a load. This view gives inspectors a “rare point of reference”. Drones also enable railroad workers to quickly and safely assess areas during emergencies.

It does not appear that you’ll have to wait much longer to have pizza, sushi, Big Macs, and more delivered by drone.

Some trials underway include:

Flytrex has FAA approval to deliver food via unmanned

Alphabet, Google’s parent company, likewise has FAA approval to deliver food in Virginia. They currently use drones for food deliveries in Australia.

Uber Eats is testing drone food delivery in high-density urban areas. The results of the testing should be very interesting as it will show us how we all may be receiving food deliveries - globally - in the future.

The last mile of delivery can be the most expensive and problematic. Drones seem a natural fit for getting packages to customers in that last mile.

UPS was recently approved by the FAA and Department of Transport to deliver packages via drone following a successful pilot program delivering medical supplies in remote areas in North Carolina.

Several companies are trialing using drones in tandem with delivery trucks to reduce gas costs and speed up deliveries. This concept could be used as well with railway lines, with drones taking off for a delivery without a rail-car needing to slow or stop.

Amazon’s recent announcements about opening physical locations have some referring to these stores as their drone airports. The stores position Amazon product (and their reach) closer to residencies and will help them achieve their Prime Air 30 minutes or less delivery promise.

Walmart, who has been filing a lot of drone patents over the last few years, filed a patent this year for block-chain technology that will allow delivery drones to pass packages between each other. They hope the technology will allow them to bring down shipping costs for customers as documenting and tracking would be seamless between their drones.

Oh, to be a fly on the wall of gen x-ers or millennials telling their parents about their new drone pilot job - after being yelled at in their youth for gaming too much. That conversation looks set to occur a lot over the coming years. 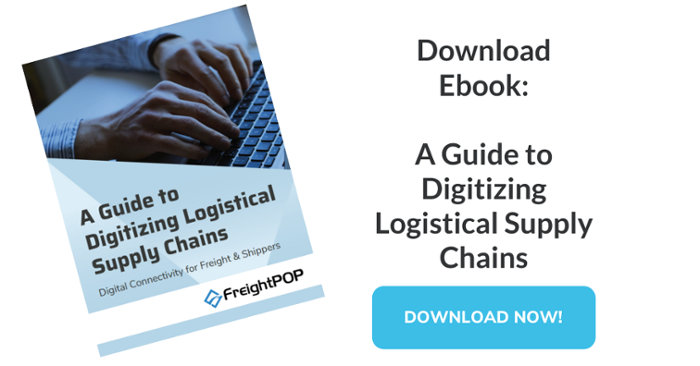 4 Things Every Company can do to Lower International Freight Costs

Within the last decade, the emergence of e-commerce and other trends have considerably impacted...

Artificial intelligence has been with us for some time now. And while there is impressive...